arrival of the fittest 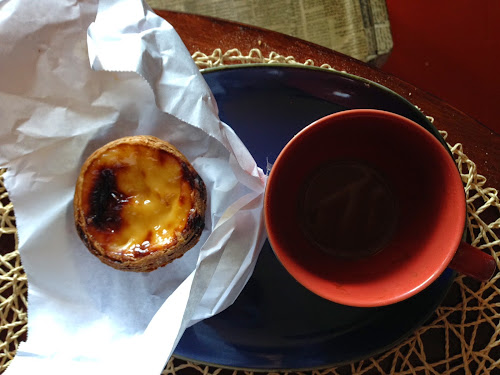 The time had come for Teresa and I to say goodbye. What an incredible kindred spirit and friend I found in this woman. She surprised me my last morning by buying me a pastel de nata (Portugal's magnificent, signature egg tart, originally created by the monks at Monasteiro Jerónimos) for breakfast just before she ran out to test drive a motorcycle. While she as gone, I re-packed my things, attempted to organize myself, and tie up loose ends in advance of heading out once more towards the wild unknown. When she got back we took a short walk, toured marvelous Gare do Oriente, and had some crazy but incredible pizza with crust stuffed with cream cheese. And then I really had to go. We said goodbye, both said we are happy to know eachother. She waved at me from her balcony as I ran to catch my bus.

I had to get from Lisbon to a tiny town called São Teotónio. There I would be picked up by David and taken to the farm where I will, if all goes according to loose plan, stay for a month. The three hour or so journey was spent in the company of a German woman who, like Teresa, I'll probably go on to carry somewhere in my mind and memory for the rest of my life. She is what one would call a citizen of the world. She's been traveling most if her life, as she describes it, forever moving around like points of a star, deciding when and where to go the moment the feeling strikes her. She grew up in Berlin and for awhile kept an absurdly cheap flat there while she wandered the world, until, about ten years ago she decided that she didn't require a "base camp" any longer either, and at present, she is truly free. We talked about all sorts of things but never exchanged names. Some years back she almost died in the Amazon. It was a crazy story that she can only tell in bits. She knows she was gone over four months because her visa ran out, she had, among other ailments, a plant sickness that plagued her body and digestive system for two years until it just, one day, didn't. She described the aftermath of that experience as being the moment loneliness had first occurred to her. Not loneliness from not having people around all the time, but what she thinks of as real, actual loneliness. The impossibility of ever being able to share your life experience properly with anyone, to never really be understood. She says that otherwise she never feels it. She prefers to be by herself. Her choices are hers and she knows why she makes them. She said that sometimes you lose touch with a friend for some time and sometimes friends pass away while you're gone, unable to be reached. She knows that sometimes she hurts people who love her because she always wants to leave, wants always to be alone. She knows this, but she does what she does because she truly knows, deep inside, it's what she wants to do. At the moment I met her she was headed to Aljezur to camp in a tent, probably in a valley, but exactly where she have to see. She'd recently had some serious back problems and wants "a place to lie down for awhile". When we parted ways she wished me the best of luck in my life. We both agreed it was a pleasure. She told me to only think about the positive and the negative would go away. To let it and to always remember that. She said if I do, I will always be fine.

I walked off the bus to the tiniest of towns. No proper bus station to speak of, just a small stop, and.... not a soul around, neither future farm host nor citizen. I gave it a few minutes, maybe ten, before I began the process of finding the number I had copied down from the emails we had exchanged. My mobile service provider was having none of it, the text was invalid, the number not working. Eventually I tried to call the number, it would go through but ring once or twice and then drop or give only a busy tone. This went on for about an hour. During that time I wondered what I would do. How long I should wait before trying to walk to the centro noted on the minimal signage. How stupid I must be to schedule this trip so late, to not triple confirm with David, to be so naive as to just expect travel plans in the middle of nowhere to work out when I don't even know where I am, where I'm going, how to drive. I'm not even sure my credit cards work here. I thought about my German friend and how she said that she can't allow herself to feel fear in the moment. After, yes, but never during. To feel that would be death. In her case, at least in the Amazon, she meant that literally. In my case, David finally picked up. He'd completely forgotten, but he'd be to the bus stop in minutes, his phone had just been in the gray area of shoddy rural mobile reception.

There was, I admit, the threat of tears as soon as I hung up the phone. Suddenly my heart raced, my cheeks finally felt their anxious flush. Not during, but after.

And in the end I was fine. It would be fine, would have been fine. I need to trust myself that I will always be fine. And be grateful for the ride coming for you and the strangers you meet on the way.