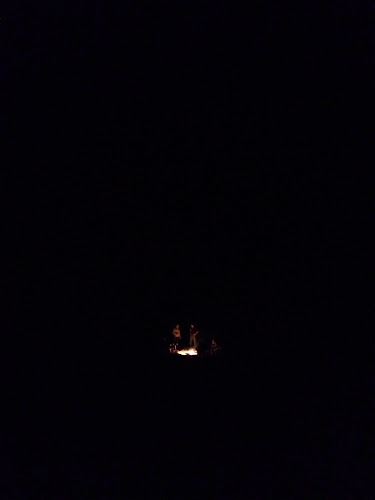 You didn't know this but I actually returned "home" to Brooklyn just a couple of short weeks ago. My silence may have been an indication; the unexpected, churning, at times soul sucking, crushing whirlpool of New York existence ultimately to blame. High, low, up, down, around, upside, downside, inside, out, around again. I have to say: the usual.

The best parts have been reuniting with friends I truly missed and am so grateful just to know and have the support of and have in my life to relax with for a little longer at a bar, beach, park, or otherwise. Two of which have more than generously housed hobo me these recent weeks; the rest reminding me why I even bothered with this city in the first place.

And making it that much harder to leave.

But leave I shall. One week from today, the adventure continues.

In the meantime, I have retreated twice, a weekend upstate very the next out East. Mountaintime and her company just as epic and wonderful as ever; now currently cozy, holed up in this beloved house in Quogue. I've been sitting here for hours enjoying the purest solitude I have known in months or even years. The skies here are staying gray, offering the perfect light and backdrop to my current calm, quiet mood and mindset. What a gift to hear myself think again, to be able to tackle small life tasks leading up to my upcoming departure, to listen to my usual not-so-secret Spotify reggae radio (oops ub40?!), to drink endless coffee, to stare out the window, to not get properly dressed if I don't want to. To text all day, to read, to write. To be.

All the while I am so nervous. I am freaking out. I am overwhelmed. But I am also optimistic. I am looking forward, onward, upward, all the things.

And so here it is. My final days and minutes in this life as I have known it.

As always, to be continued... 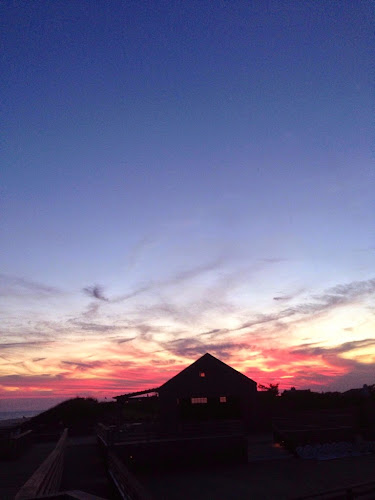 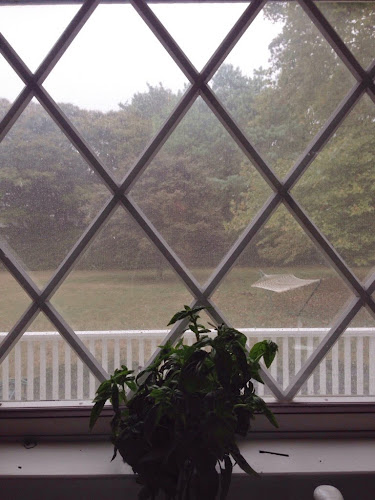 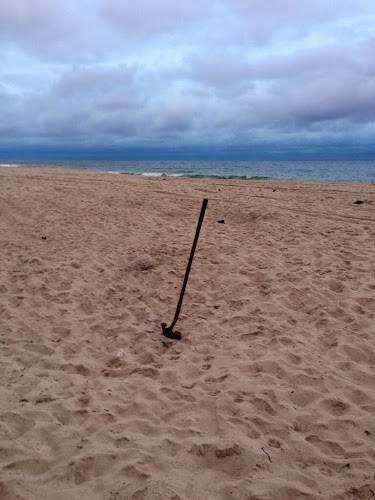 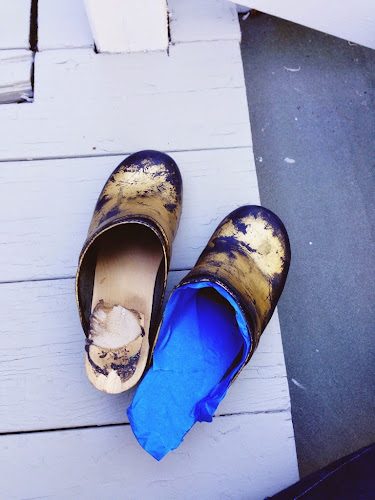 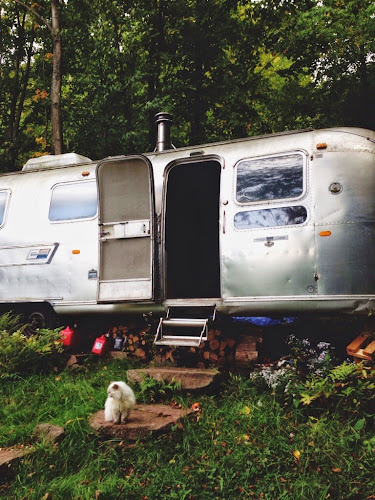 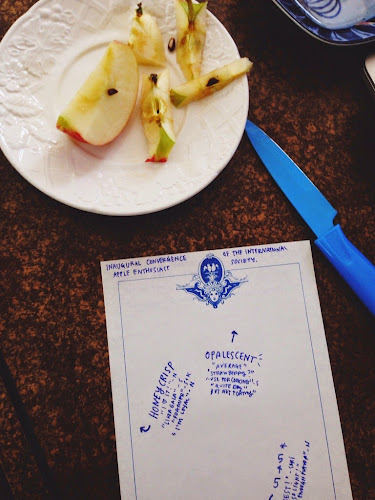 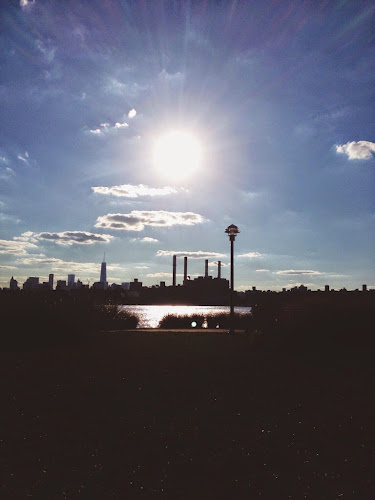 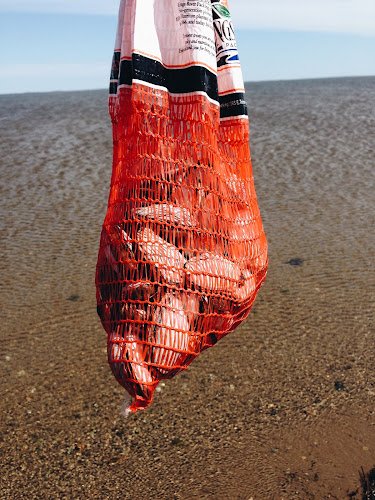 We started off the morning a little scattered.

The night before had been my unofficial birthday celebration, a lobster feast fortuitously timed to ring in another year of my short life but really the result of Eric the Fisherman's availability in schedule to provide. I swam both before and after dinner. Perfectly calm salty Northumberland strait providing for me as it so often does. This along with the beach fire that Rita arranged and I wanted for nothing.

The next morning we woke early and sure enough, Ernie was up for the clam adventure discussed at dinner. We ate toast and drank coffee, plus blueberries and one half of a banana covered in cream. We packed buckets, shovels, small umbrellas just in case. Ernie arrived and we were off. I was admittedly tired but the drive seemed to take awhile. We knew we needed to go past Kouchibouguac but after that, where? Rita boldly tracked down a fisherman's number at he marina, our soon to be good friend Nyo who Rita may or may not have bought lobster from the year before. We had missed low tide but a woman assumed to be his wife advised he was still out digging and we might be able to catch him if we tried. She provided his number and the name of the street on which to turn right on two orange sticky post its, with a little patience we finally found out way. The water was hip deep by the time we arrived but we trolled nonetheless, shovels in hand. There were a few clam diggers still out and by now Rita had tracked down Nyo who showed us the ropes, or at least told us about them. Were the water not obscuring our view we would have looked for the telltale holes, stuck a shovel in, shaken the sand off, moved to the next. When the water settles, you rapidly collect. Our method was more along the lines of digging blindly and still, ridiculously, managing to procure ample clam families. His setup and efficiency humbled ours. But he was friendly enough to scatter his own haul and let us scramble for it, feeling like we'd done a lot in a very short time. His and his buddy's proper floating wood framed baskets were filled to the brim with a bounty we'd soon purchase two bonus pecks from. All told, two overflowing buckets, one surreal morning activity in Canada, bags and bags of frozen clams, and one steaming plateful shared with friends old and new. This really is the life. 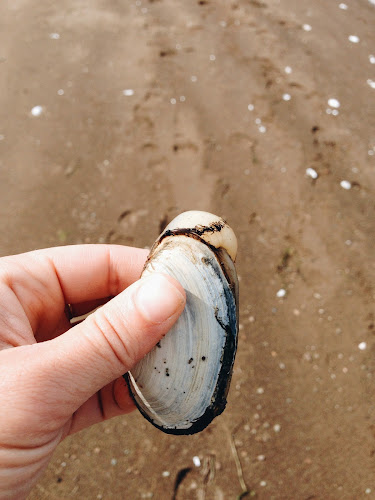 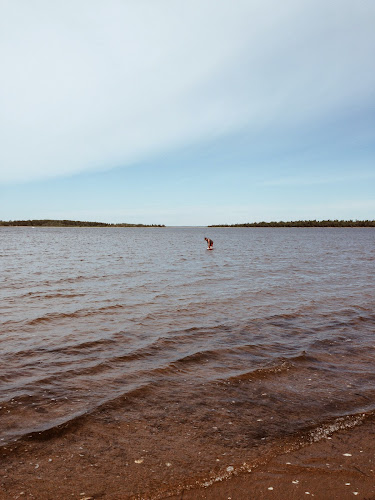 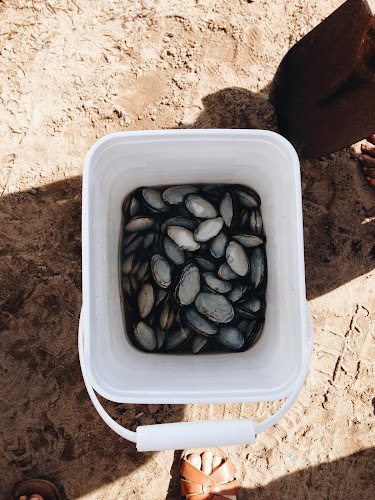 Oh, how I love a scenic day trip!

This one was initially born from necessity; my for-the-week partner in crime Josh needed a ride to Halifax and Rita was happy to accommodate and let yours truly tag along. We set out early Sunday morning following all but sleepless nonstop days. A classic Canada pit stop to Tim Hortons for coffee, a leisurely and scenic drive to the wilds of Nova Scotia. We said goodbye to Josh at a McDonald's and continued to Halifax where we lunched at the wharf, embracing all touristic delights. From there, we continued through barrens, bogs, ponds, and rocky coastline. At times it reminded me of coastal Maine, others the glacial remains of Iceland. The skies were overcast and gloomy but cast an ultimately appropriate hue and mood over our eventual destination of Peggy's Cove. Depending on who you ask, legend has it that many years ago a ship wrecked and all but a tiny child named Peggy perished. Her fate was to wash up on he rocks and eventually be adopted by a local family, this cove bearing her namesake forever more. How lil Peggy survived at all is beyond me and likely all who visit on a day as blustery as this one. The waves crashed high and powerfully, as Rita said, "it would be goodbye Charlie Brown" were you to venture to close and by chance get swept up in them.

In any case, it was a spectacle for which I am grateful to have seen. Being Labor Day weekend, it was overflowing with tourists but I didn't mind a bit. In certain areas it felt like we were collectively walking on another planet, their silhouettes on the rock faces actually added to the perception of scale in this impressive cove and the wind and waves made it so you could still only hear little more than yourself think. The surrounding fishing village maintains its perfectly rustic and undeveloped charm. Multicolored houses, local artisans, tiny boats, buoys, and bric a brac.

Our adventure ended with homemade icecream before a drive that admittedly felt twice as long as the first time around. Rita, forever the master storyteller, kept me entertained and laughing but, after days and days of nonstop activity, arriving back to my pink bedroom never felt so deservedly sweet.

It wasn't my intention to abandon the internet for all of these days that I just did. The sun came out, the would-be last glimpses of summer took over, I found myself enjoying the splendor of actual and undocumented life as it unfolded, one day at a time.

This entire summer has been filled with moments like this. This past week I really let myself submit. But...now what?

Drifting through these days, I have been thinking a lot about what led me here and obviously where this vision quest of mine is ultimately going to take me. Is a work/life balance truly possible? Looking back I can reflect on the ways that the implied futility of New York can feel so heavy; defeat so often the given, not the exception to the rule. Even when you are, by all accounts, "successful", it can drain you completely. These past days in semi-rural Canada, surrounded by family and new friends, have, among other things, reminded me that one can simply DO and BE and it can often work out just fine. What if it were all just...possible? Just because stress is ingrained in me it doesn't mean that it's actually really real or necessary. Just because I have previously, for at least fourteen years, associated work and much of what I have done professionally with anxiety and inadequacy, it doesn't mean it's always going to be this way. This feeling of overachieving coming at the consequence of selling your soul and killing yourself in the process could have been just a product of my surrounding and imagination, not the definitive result for whatever I choose to do or be.

So, now what? All I can say right now is that I'm working on it. And gratefully taking it one day at a time.