January will forever be a marker month for resolution and reinvention. I thought I had shied away from such notions but in hindsight this crossover into a new year would prove to indicate a new beginning even for me, in spite of my supposed intentions.
Never one to fear the passage of time, I found myself wondering how this joke of a winter season could already be making its way towards spring. Global warming aside, thoughts crept in as to how this new version of my life and mindset might be affecting my consciousness of the day to day....
....And in so many ways I was tired.
Tired of the indulgence, of the sensory overload. Tired of inevitable ups and downs and lack of tangible control. Happy though I was (usually), I was admittedly exhausted.
So.

It became something else: a red light, a pause, a time out.
And I discovered that the very act of imparting rules upon myself was in its own, unexpected way a reassurance of all I am able to do or change for myself.

Another lesson.
Another month.

...full of friends and food and coffee and art and getaways and everything else becoming this city routine.

But this time with eyes open.

Change, when you least expect it, as usual. 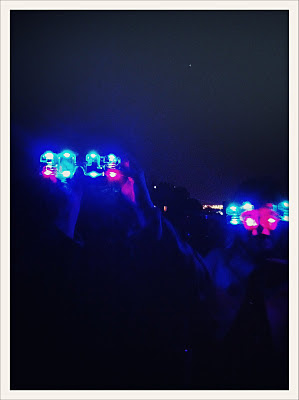 Part of me continues to expect there to be an actual stopping point where I can look back and really see how far I have come and how different I feel.
But that moment never comes the way I expect it to.
I wouldn't be able to join the bandwagon of 2011 being absolute greatness from start to finish.
Good and bad. Happy, sad. Terrified then confident.
Lessons learned, still learning.
And this time around, I feel even less compelled to make a plan or declaration for this new year suddenly upon me.
Here we are, here I am. Things never stop, things are never clear.
These days I am most often happy, calm, contented.
(Grateful and lucky).
But there will always be confusion and curiosity.
Things will always change.
I will always be looking back.