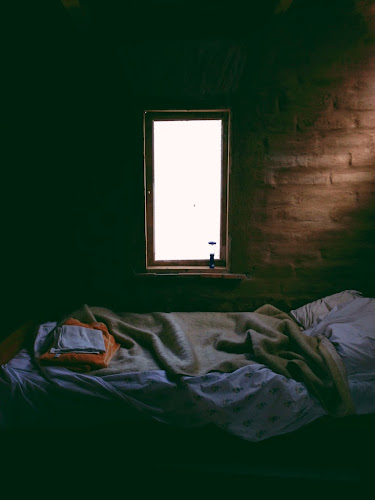 This morning I woke up bathed in sunlight and happiness. I've returned at last to my hidden homestead in the hills, back to David and Ju and Clara and Adrian and Filipa and the other David.

My reunion here was beautiful. David was almost on time to the bus stop, a quick dark beer for us each while we quickly filled in the gaps of me in France and he on the farm as well as his latest conspiracy theory and scheme. Back at the house, the day was in full swing. There are three extra people helping out these weeks, the table is full. David's father is also around, keeping watch, smoking cigarettes, grilling goat in the bread oven, offering me nips of his honey flavored moonshine (!). Good ol Jiva has abandoned his guard position in the wake of Ishtar (long thought to be dead) making a miraculous, if not battle-wounded, return. All is in bloom, the squashes and pumpkins overtaking all. The Terrace (née the Saloon) is almost fully constructed. And my dwelling for the coming month? None other than Nubia's School, functioning electricity and all. I have carried this dream for months and it's finally a reality. It's cozy, tiny, and drafty but in a good way. The first night was a bit raucous what with a door that wouldn't latch and the resulting slamming that removed all possibility for deep sleep. But it's coming along, a replacement latch added, windows you can almost see through, elbow grease readily extended.

I've already written brief correspondence back to the real world and to friends I've met along the way to the tune of my needing to re-adjust, re-acclimate, re-devise the routines here now that I'm back. But it's so good here, it always has been. Patience, as always, will be required but suffice to say: it's so nice to be home.