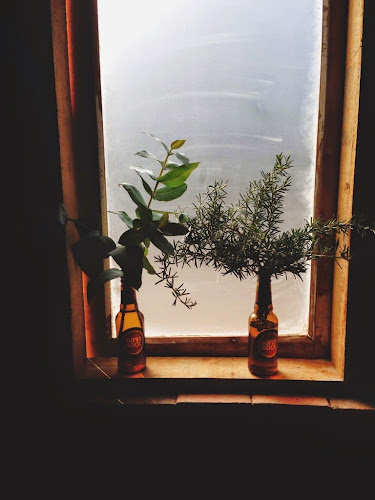 He came and he went.

David told me that his father was in town and described him as his Little Sadam. The physical description was accurate. Heavy gray mustache; superior air. He probably came up just past my shoulder. I was warned he did little ore than sit quietly and smoke, my initial memories are only of him ambling back and forth from afar, either by the mandala or the bread oven where he cooked his meat. On his final day he, like the mornings before, relaxed shirtless on the patio, smoking and watching the world go by. We exchanged a too-early-to-be-awake "Bom dia....". I didn't see him again until the afternoon when I happened to pass his way. As he is known to to do, he offered me a nip of whatever he was drinking, this time with some English attached. "Very good, no?" And then a hefty refill. Later Adrian would report him offering "wine or beer" and instead of letting him decide simply mixed the two. He ate his peanuts, finished his pack. Soon he would appear behind me in the kitchen, tiny plastic bag in hand - his luggage? Suddenly a wave of English: "Goodbye! See you again! See you tomorrow! I go, I see you! Tomorrow is a better day, VERY nice day, very very good....I can feel this..." He's clutching one of my hands, then another, then the classic Portuguese double kiss goodbye that in this moment I would dare describe as passionate. I barely had time to utter my reply and he was out the door.

I relayed this all to the delight of Clara and Adrian, and eventually David, all the while snacking on his leftover peanuts. Minutes later I would glance into his vacant room and discover this man's botanical installation. Every bottle of mini Super Bock, including the one Clara and I had shared days before, had been repurposed as a vase to house a fresh cut of some herb, branch of eucalyptus, or similar. He, for whatever reason, felt compelled to offer a toilet paper holder a personal spin using an old jug and a huge sprig of Rosemary shoved in the center. And that was it. And I am now completely charmed by this man.

All the rooms needed to be cleaned so I took every last one of his bottles down to my house. I did my best to replicate his vision and, I have to say, it makes the place. Now I wake up each morning and they're the first things I see. A bit of greenery, their sweet smells. Memories of a mysterious man that I never even knew. 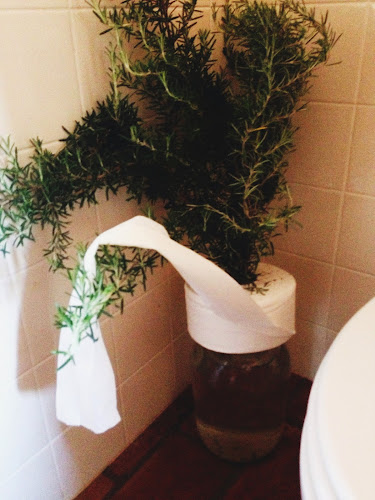 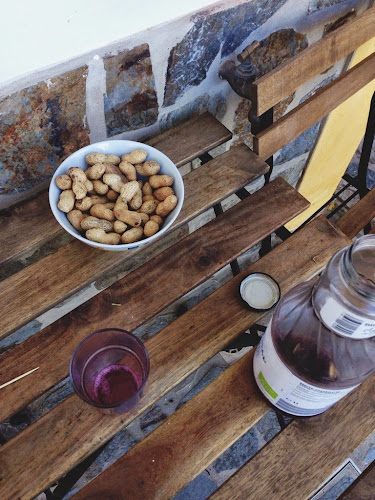