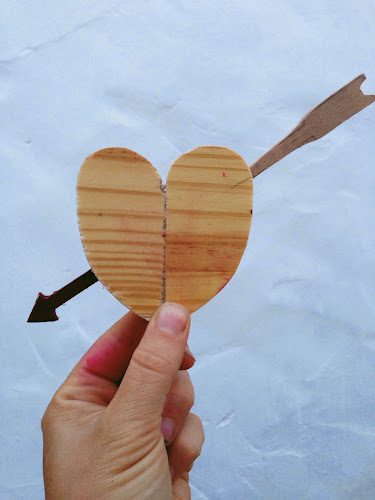 Within hours if posting the previous Ode to Ishtar one of the crazier things in my thirtysome years of life happened to occur with her.

There we were, taking our usual after-dinner forest stroll, turning right at the bottom of the hill, walking through the eucalyptus, Ishtar running ahead, me meandering behind. A left at the first stream, passing by the old abandoned farmhouse, through the clearing, back into the trees. Then comes another crossroads, one of many, this time a muddier, deeper stream to the left or an uphill diversion on the right. My inclination is the latter but she clearly smells something and starts running in the opposite direction. She plows into the water, I call her name. She turns towards me before we both hear the distinct sound of movement through the rocks and water. My first thought is human (the creepiest scenario to be sure), I froze before taking a few steps forward to peek around the silva bushes, and there before me, in the middle of the stream, stands the biggest wild boar ever to walk the earth (or so it seemed). Nary a second could have passed before Ishtar lept neck deep into the water and the most surreal and elongated battle of beast vs. beast I could ever imagining witnessing began. They fought, they plowed, they butted, they bit. One would retreat the other would chase and attack again. All the while I am screaming for this dog, imagining myself carrying her bloodied 26 kilos home in my arms and/or my own bloody mass laid to rest in the wild thistle. My mind boggled at the duration of this territorial affront. I was yelling but I was surprisingly calm, partially out of bewilderment of the situation, partially out of fascination? With one final head butt from boar to pitbull, there was a squeal and she was submerged again, possibly injured, it was obvious who had won. The boar then scrambled off for good, Ishtar came back to me soaked and shaking, back hair standing on end. I leashed her and took her up the original left hand hook, not only to look her over (one neck wound, one butt scrape, otherwise fine) but to also give this demonic beast time to amble back towards whence he came.

I recounted this drama to David as soon as I got back and his mind was also blown. There has been rumor of boars but not yet a sighting. He asked "and was she ok?", meaning the boar not the dog, and I said of course and a look of obvious disappointment may or may not have washed over his face. I insisted Ishtar was brave and tough but David was not convinced.

Later, in the kitchen, I was describing this event to Clara. Our carpenter walks in, the story is translated, and almost immediately he literally runs out (?!) of the room. He returns moments later and hands me what turns out to be a carved wooden heart with an arrow going through it, the tip of which is painted a deep bloody red, still wet, or as he put it as he clutched his chest, "still fresh". He told Clara to tell me that it's a heart to remind me that I was brave with the boar too, but also that he made it that afternoon for me to look at and always remember the carpenter by. At that moment I had a hard time deciding which of the evening's events I found crazier.

I since remain without words, Ishtar remains on edge, and the brave heart now remains on my windowsill.

Another evening in the country.