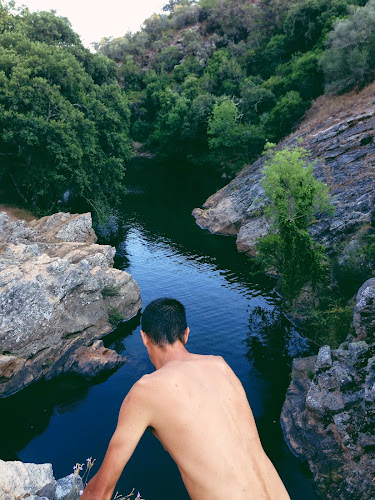 I feel so overwhelmed with gratitude when a day comes along to remind me that it really is the simplest of things that bring me the greatest of joys. In this case, great company, an outdoor adventure, a swim in a natural body of water, delicious and fresh local food, the sun shining bright. What more do I ever need?

Two dear friends who I have mentioned before, the Other David and his wife Filipa, had a farm property purchase go through back when I was here in May. It's been described to me and I have seen pictures, but a trip there was still on our to-do list. On a day that began with its usual chores, the stars finally aligned in the afternoon such that we three plus Joao and his dog all piled in the jeep and were able at last to steal away.

The house itself is the stuff of dreams. A truly unusual hippy enclave; nestled in the hillside, surrounded by cacti and trees. Its design inspired by a boat, built in traditional Portuguese style, plucked straight from my fantasies of southern Californian living. It's currently in the rawest of states, abandoned and scrapped, bats its only tenants. But the possibility and the potential are obvious. When David initially went to look at the property he and the realtor both discovered an entire camping setup at the base of the property. We all walked down the path, with a machete and a sense of adventure and commitment to make It through. Our legs and feet and elbows scraped by the thorns of the silva and otherwise, but it was so worth it. Past a wooden platform for dining al fresco, a swimming hole with its own dock and wooden stairs, eating wild blackberries along the way. We crawled through a passageway and a stone bridge, over a fence and then back over again, climbing up up up until we reached a truly beautiful outdoor kitchen carved into a ruin and a set of outdoor showers and toilets, all created to accommodate campers past and future. It's obvious that love and design sense were poured into these structures; nature has taken over but they remain confidently intact.

We scrabbled back, down and up again to the house, locking up, dreaming of herb gardens and loft beds and fires in chilly evenings. From there, a drive to Pego das Pias, a beautiful tributary entrance point off the Mira river. The hot and sticky day plus our miniature expedition made this all the sweeter as the golden hour settled in. Joao in his birthday suit running up the rocks and David eventually following, both of them jumping off, showing off. Filipa and I eventually persuaded, taking longer at the top, the highest point I've ever jumped from but ultimately the answer will always be YES in Portugal it seems. And I felt so happy.

Joao knows this area so well, he grew up near here and has an obvious connection and inclination towards all things having to do with nature. He took us further down by memory, weaving through rocks and waterways, all of us climbing and laughing in bare feet and bathing suits, sometimes singing songs we all now know from the shaman, more often than not blown away by the beauty of our surroundings, of the complex simplicity of nature.

It was within that fairy forest that our next plan was hatched: head to a tiny fishing village that Joao likes to have delicious and cheap local seafood. It required some doing, I'd already missed dinner back at the house, I returned, walked the dog, they picked up their son, Joao dropped off his dog. I continued to make myself scarce until I was whisked off again. Back in the jeep we drove some kilometers reaching Azenha do Mar. A beach view and an otherwise nondescript establishment where I ended up having one of the best meals of my entire life. Arroz de mariscos, garlicky steamed clams, huge crabs, buttered Portuguese bread, olives, red wine. During dinner they asked me if I was moving to Portugal and at that moment I was seriously considering it.

We ended the evening by candle light at David and Filipa's, the four of us still telling stories, listening to music, making the perfect day last. I finally fell asleep happily on their couch, a deep sleep I desperately needed. I woke up to their tiny son's footsteps and his breakfast spoon, we all drove together the short distance back here in time for me to stroll in, unleash the dog, resume my routine. In the end, my overnight absence was completely undetected by my farm family. A secret best day just for me. 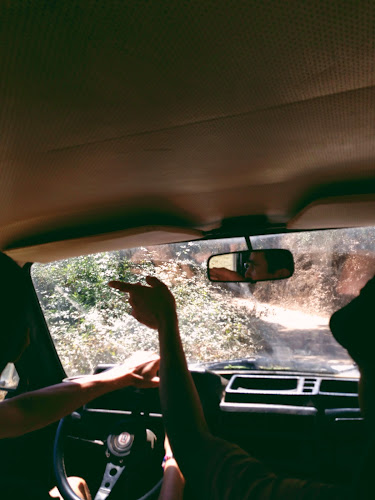 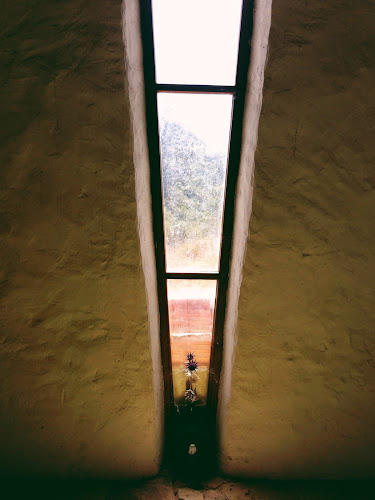 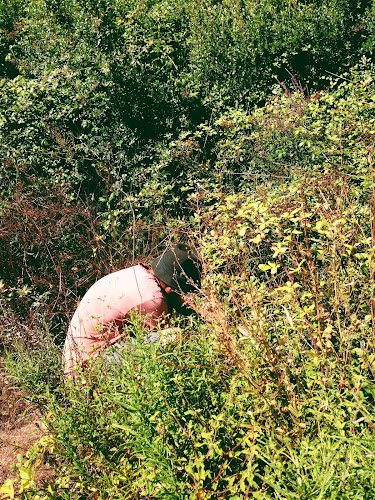 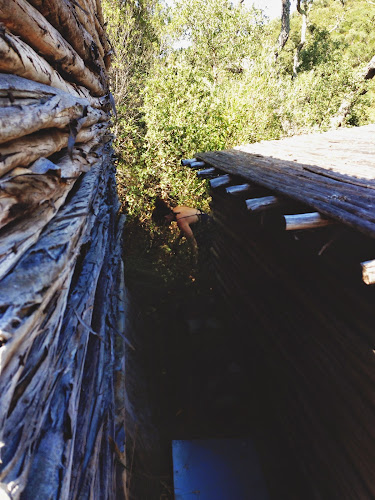 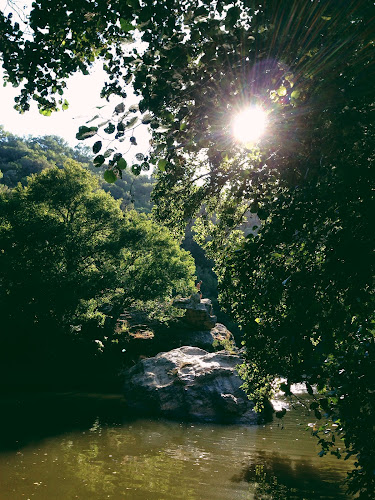 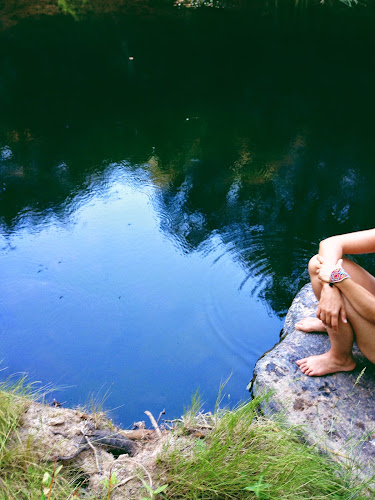 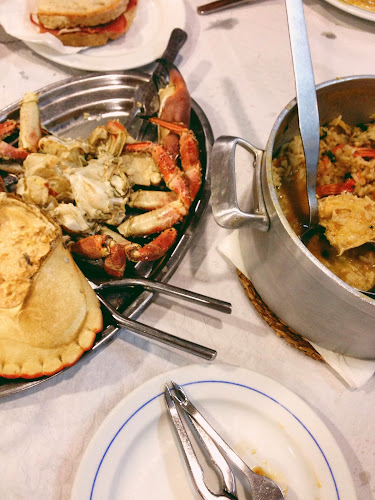 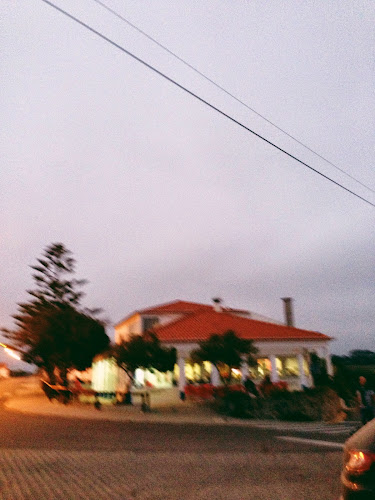