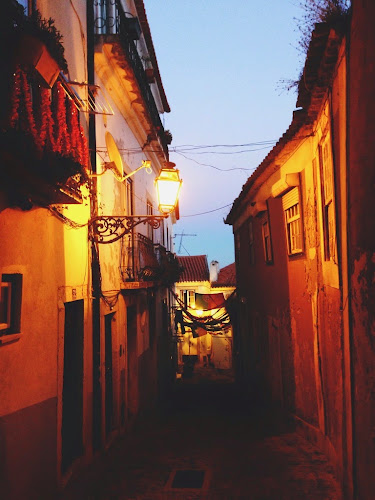 And then I was back in Lisbon.

As is so often the case when one travels, suddenly being dropped in a new location is both exhilarating and disorienting. Of course, I have already been to this beautiful city a few times, and more than generally speaking, I am so happy to be back. This time I decided to say in a new area of town, the Graça, adjacent to the Alfama which I already know and love. After a truly harrowing journey from France (trust me, it takes a lot for me to say this, I am a notoriously relaxed flyer at this point) and up the steep, steep hills and steps to my apartment for the evening, to say it was good to finally arrive remains an understatement.

After sufficient minutes were passed after having dramatically - for my eyes only - collapsed on the bed in a sweaty heap, I collected myself and ventured back out to re-greet the city. It looked better than ever in the golden hour; I had a map in my pocket but didn't bother to use it. I headed vaguely west, thinking I'd go at least as far as I could backtrack easily. Soon I decide to take various streets and foot paths, stairs between buildings going up and down, getting a bit riskier. I know this place, right? Remnants of the Santo Antonio festival still festooned the buildings and streets, the sounds of the night were starting to pick up; music and sizzling grills, glasses clinking, the murmer of chatter. I had the vague thought to head to the water to catch a glimpse of the late setting sun, but as luck would have it, I turned out of a small side street and found myself at the very terrace that I had spent night after night when I first got to Portugal. It felt like I had come full circle.